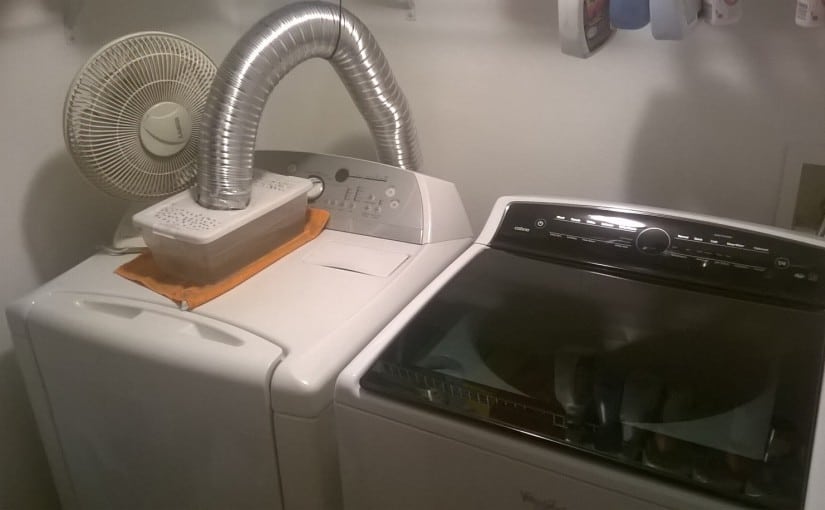 I am constantly looking at ways to save money. Increasing energy efficiency is a win-win, so long as it does not cost me more than it saves in energy costs.

A modern clothes dryer is one thing that has always bugged me, especially in the cold winter months. First there is the obvious waste of energy in that all of the heat it generates is getting ducted directly outside. And the primary cost of running a clothes dryer is the large amount of heat it requires, and that heat energy goes literally out the window after just a quick pass though the clothes.

But it gets even worse than that. The dryer also acts as a large fan blower, and since the interior air being sucked into the dryer is being pumped outside it is as bad for your homes efficiency as leaving a window wide open. Any air that exists the home must be immediately replaced with outside air leaking back in, or else your house would be under vacuum. So not only are you wasting your energy on all the heat the dryer actually generates, you are also drawing cold air in from outside, just like leaving the window wide open. In the middle of the winter, that’s not good.
I decided to experiment with ways I could eliminate both problems by building an indoor dryer exhaust system for use in the winter. I looked at some available products, and decided to borrow some ideas from them as well as from the design of my parents old water filled Rainbow canister vacuum. I ended up with an easy to build design that can often be built with stuff around your house, yet works fantastic. I decided to recycle common stuff I already had laying around for the components, and it ended up not really costing me anything.

The one potential issue you might have with this design is the air leaving the filter unit is very moist. If you do not provide good air circulation in the room you put it, it can very quickly form condensation on your walls (very similar to what a hot shower does in the bathroom). For the colder winter climates though, this can actually be a good thing. Furnaces and wood stoves can dry out the air in your home, causing increased static as well as health & sinus issues. So the added moisture from the dryer vent can combat this, so long as you circulate the air enough to prevent condensation. A simple desk fan was all it took in our case, since the laundry area opens up into a large main area of our home. Turning the fan on your home thermostat can help with this too. 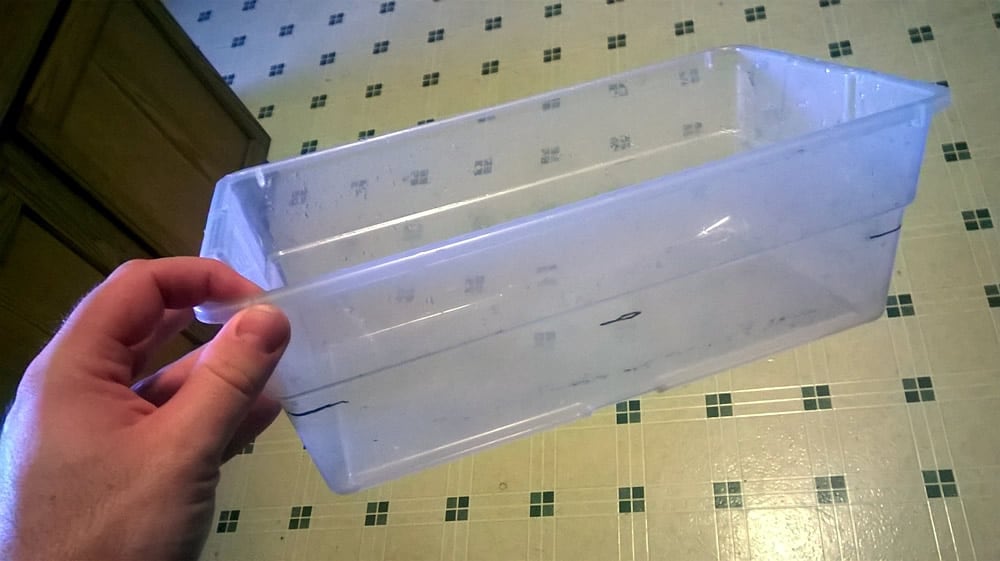 I used an old clear plastic storage container for the main box. I drilled a large hole in the lid to attach the dryer exhaust duct, which I found was close enough in diameter to a family-size soup can. I just cut both ends off the can to make a nice flange for clamping the hose. I then added lots of small holes (1/8” or so) all around the rest of the lid. The last step was to experiment with various water heights to find what works best. I marked the best water level with a marker for easy reference. The idea is that the air is forced into the box, which contains water. The air duct should not exit under water, as that is too restrictive on the dryer, but you do want it close enough to make waves and ripples in the water. 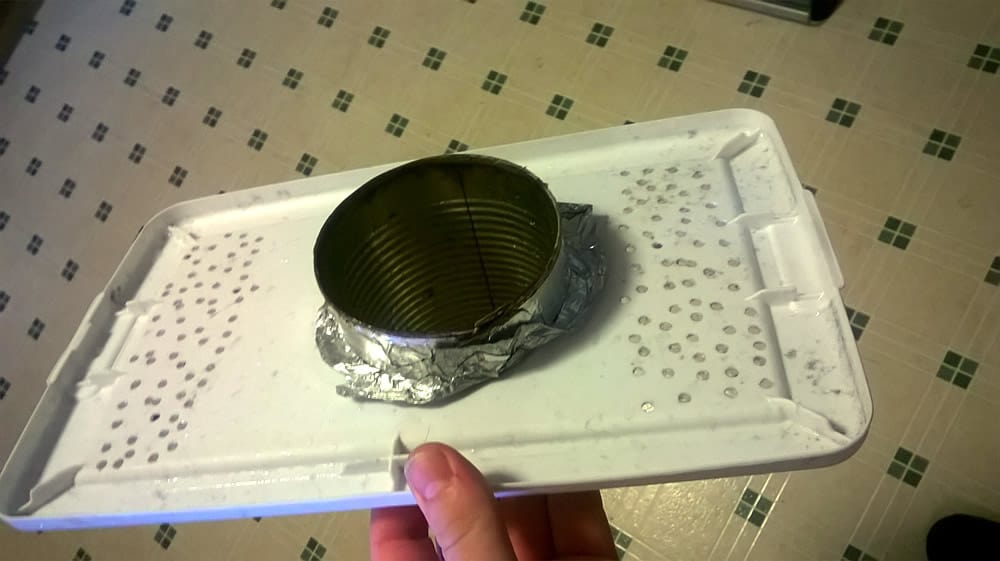 The box allows the air to slow down and tumble, so that the lint and dust in the air gets wet, falls out of the air, and sinks beneath the water. Other than around the immediate edges of the container, I have had no detectable added dryer dust anywhere. The container needs refilled with water occasionally, and a quick dump & rinse is all that is usually needed to clean it. It’s about the same amount of effort as cleaning the built-in lint screen on the dryer. I re-connect my dryer exhaust back to the outdoor vent for summer months when I do not want the additional heat or humidity. 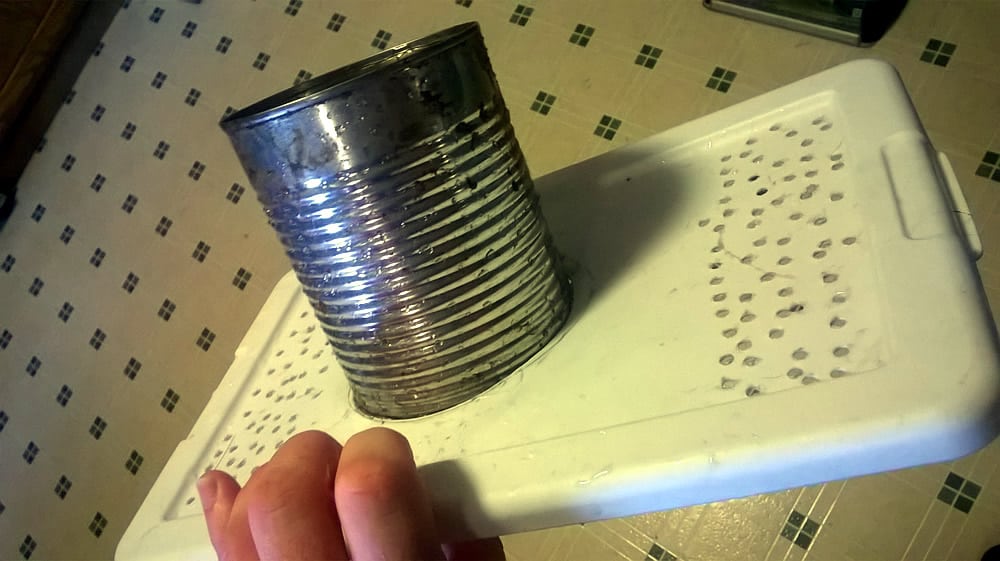 2 thoughts on “Boosting the Efficiency of Your Clothes Dryer”